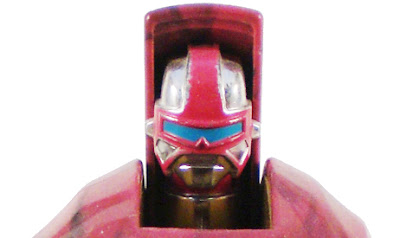 The second wave of Shock Rocks were even more exciting than the first, if indeed that was possible! Instead of being Rock-shaped things that turned into rock people with special action features, they were little balls that a head and arms popped out of! They are among some of the hardest to find Rock Lords (especially in working condition) and at the same time, some of the strangest. And yes, 'strangest' is a bold claim to make in the world of Rock Lords! 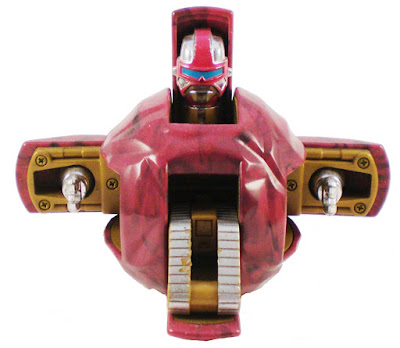 Stun Stone is one of the heroic Shock Rocks, along with Blast Rock who he looks suspiciously similar to. Tonka didn't skimp though - the Shock Rocks are all unique molds that just happen to look identical! Actually, the more you look at them, the more distinct they are. Clearly the most important part of Stun Stone is that his transformed mode is a ball with a head sticking out of the top, two little flappy claw arms and treads. His head is also massive (if you can consider him to have otherwise understandable proportions) and adds to the purple body with a lovely splash of bright magenta and chrome. 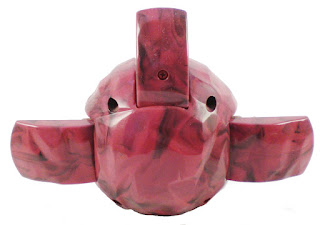 His little stubby arms are on springs, so they automatically fold outwards when you transform him. It's a nice touch, especially as Blast Rock just has his arms splayed out to the side. The treads work less well, as the underside of them is still rock, so it's unclear what their actual function is - it can't be to move him along! How Blast Rock is supposed to move is actually a bit of a mystery - one official illustration shows him flying, so that's probably the de-facto explanation! The second wave of Shock Rocks had a button on their underside. Tapping (or slamming!) the rock on the table pushed the button, causing it to transform (apparently you were meant to roll them, but come on!). You may wonder if this makes it difficult to display in rock mode without triggering the transformation, and you'd be right! Stun Stone has an extra issue in that his insides are made from the infamous gold plastic. This plastic wasn't actually gold, but full of sparkly swirls, and toys made of this are especially fragile and prone to breaking. Stun Stone's internal mechanism is tension-loaded and completely made out of gold plastic! 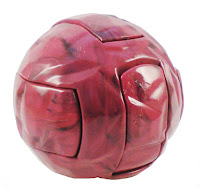 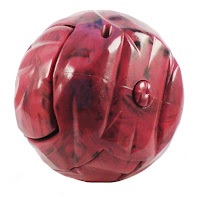 Stun Stone's rock mode is pretty good, but given how basic his transformation is, you'd expect it to be! There's a variant which is a slightly different shade of purple, but this is pretty much impossible to detect in photographs, so good luck in finding it without careful searching by hand!

As an action figure, Stun Stone is a bit rubbish as he doesn't really do much. The second wave of Shock Rocks weren't as exciting as the first, but there's something to be said for the sheer insanity of his concept and the fact that Tonka thought it was so clever they'd make more like that! If you can find one, it's a nice piece of madness to add to your collection, and the chrome/magenta look adds a bit more visual interest. Still not sure what those treads are meant to represent though!
Posted by Matt at 11:00