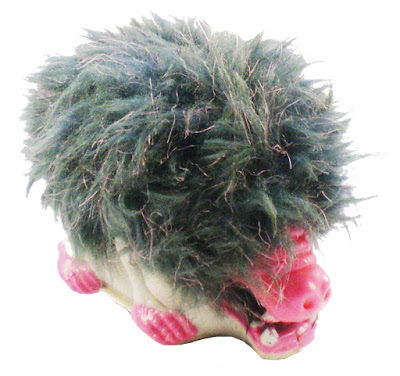 Everyone with a soul gets excited about Narlies, and there is nothing more exciting than series 2 Narlies. Narlibaboon is based on a baboon, and Tonka pulled out all the stops in giving the consumer an authentic baboon experience. What do I mean? Read on, dear friend! 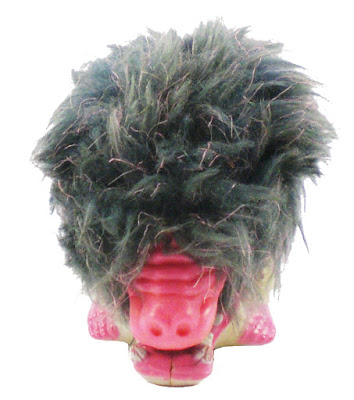 Narlibaboon's face is very similar to Narlilion's in that it's very ridged and wide, but in Narlibaboon's case this is probably more true to the animal it represents. Like all Narlies he has a wheel on the bottom which causes his mouth to open and close and his tail to bob up and down. He's got a mouth full of sharp teeth which really open up wide when he rolls along, and the mechanism works well. Oddly he has a molded tongue in the top of his mouth rather than the bottom - the world of Narlies is a strange one entirely! 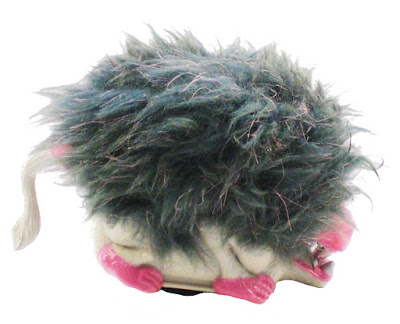 There's a lot more colour on Narlibaboon thanks to his tail and upper face being cast in a different colour plastic than the body, something that only Narliphant shares. Unlike Narliphant there's a lot of paint used as well and it matches well to the plastic colour, making it tricky to immediately tell what is paint and what is plastic. The white and pink colours work well together and  really help to pick out the details.

At first, Narlibaboon's fur looks a boring grey, but closer inspection reveals that it is flecked with pink fibres, helping to tie the figure together. I don't know if I'm imagining it, but all my series 2 Narlies have far nicer fur than series 1. Naribaboon's fur is soft and lush and I could easily while away a pleasant summer's day sitting in the garden stroking it. But I won't. Because I don't have a garden. 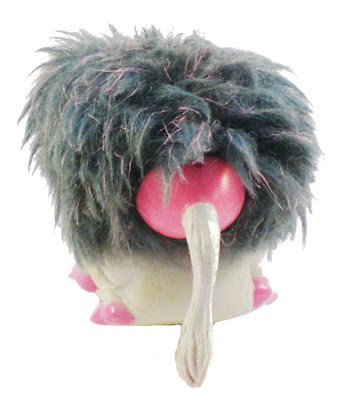 The best feature of Narlibaboon, and what helps to cement his claim to being the greatest of all Narlies is revealed when you turn him around. Yes, just like a real baboon, Narlibaboon has a bight red (well, pink) ass. The ass cheeks are lovingly sculpted, though I do not believe tails sprout from the middle of an ass like that (obviously they do on Narlies!). I had actually owned this figure for a while before discovering that Narlibaboon had a bum. The exciting world of Narlies never sits still! 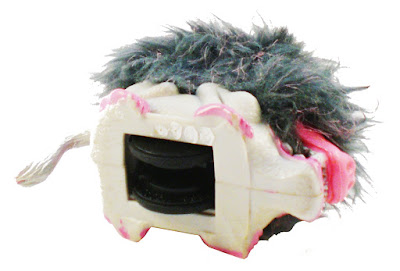 Yes, Narlibaboon is a Narlie, and so functionally identical to all the other Narlies, but I rather like him. Given his main colours are grey and white you would imagine he would be boring, but the added pink helps to make him stand out, and the wild card addition of a bum is hilarious.