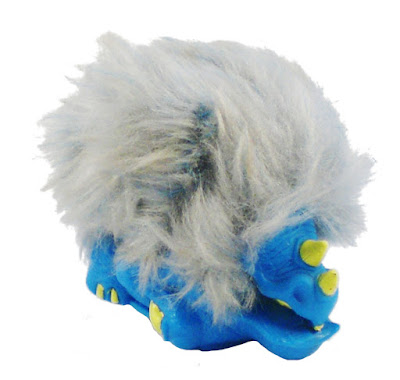 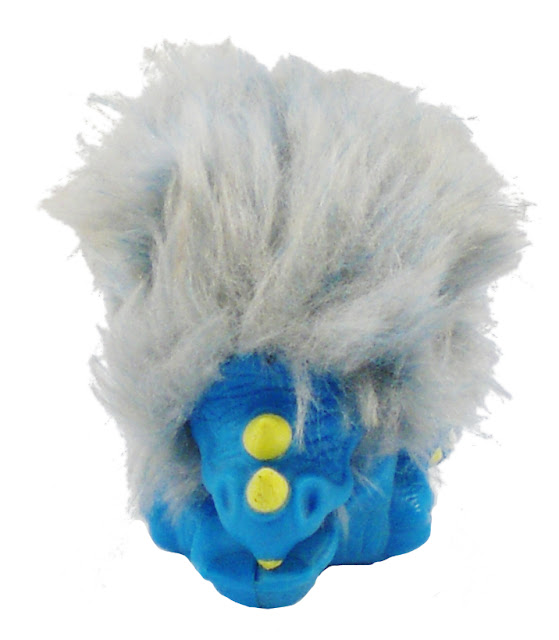 Whilst most rhinos are not blue with grey fur, Narlirhino's design actually speaks to a complex homage on the part of Tonka to pre-historic arctic rhinos which were covered in fur! Naturally they were not blue, but perhaps the blue is a reference to how cold they were. Grey may not be my favourite colour, but it's a nice contrast between the two.

Like all Narlies, Narlirhino will roll along the ground, an internal mechanism making his mouth and tail wriggle. Sadly Narlies are not motorised (apart from Snarlie-Narlie), but I wonder if anyone has managed to retro-engineer a Narlie with a motor. There's a project for you, kiddies! You could then put it in a hamster wheel and pretend that it's alive. I, of course, pretend that all my Narlies are alive and pet and feed them regularly.

You can put them in a cage with your pet hamster, but I would not advise this as the hamster would try to attack it, seeing it as an alpha threat (as is quite right). 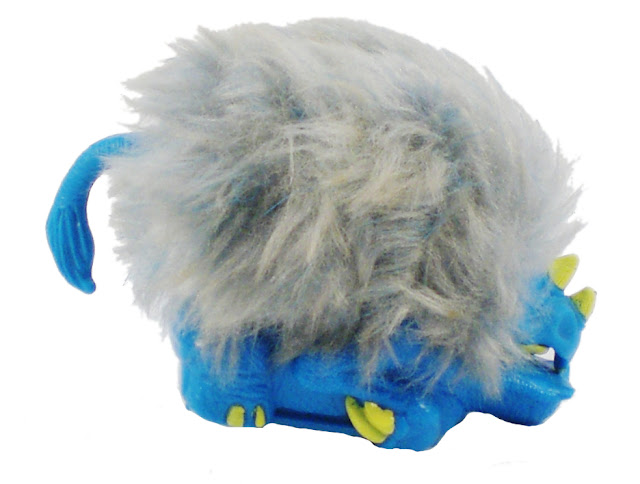 Narlirhino is useful for placing in your coat pocket and stroking gently whilst on cold winter walks. If you are confronted by any ruffians, then you can pull him out and wave him at them. They will be equally terrified by your Narlirhino and impressed that you got a rare series 2 Narlie that they will leave you alone. 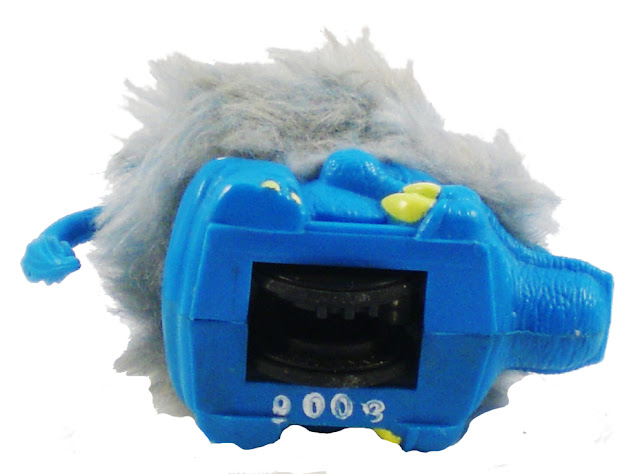 He can be taken to the beach as well - Narlies eat rock, and sand is basically rock, so it would be like a feast for him. The mechanism would likely jam up with sand, and his fur would get matted and ruined by the sea, so you would need to wrap him up in a plastic bag as you happily play with him, your friends looking on in jealousy!

As a Narlie, Narlirhino is clearly one of the best as he is a Narlie and a rhino. I hope this review has made you realise that there is more to talk about in the world of Narlies. What are your favourite things to talk about with Narlies?
Posted by Matt at 10:54