Everyone loves the Fossil Lords - or at least they would if they knew they existed! You can probably guess which part of the combiner Ribcage forms (here's a hint - it isn't his foot!) but what else does Ribcage have to offer besides becoming a torso? 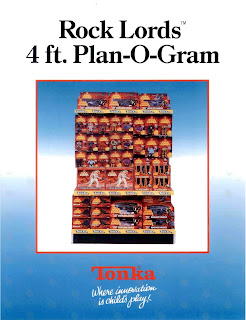 Sometimes something comes along that makes my mind explode (and not the man from Scanners!). This is one of them. Plan-o-grams were used by companies to correctly stack displays, ensuring consistency and the best position for the product. This is a plan-o-gram discovered by the owner of the site 'Random Toy Reviews' who has given me permission to show it here (but go visit his site!)

Rock Lords in other media: Noah 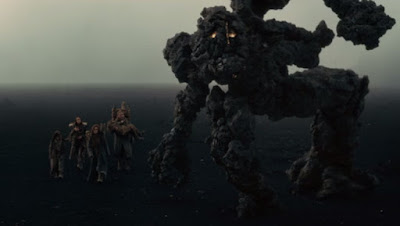 Russell Crowe's 2014 movie 'Noah' was the story of Noah's Ark, an adaption of the classic Biblical tale of one man and his boat, one that is treasured by billions over the world. In adapting the film, the movie makers kept this to heart, respectfully sticking close to the source text. However there were some surprises: namely the inclusion of Rock Lords. But how much like 'Rock Lords' is 'Noah'? Is there enough Rock Lord content for the discerning Rock Lords fan?

Email ThisBlogThis!Share to TwitterShare to FacebookShare to Pinterest
Labels: movie, Noah, Other media 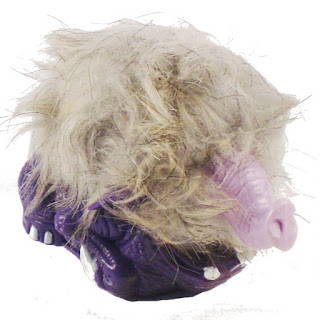 If there is one Narlie that the novice Rock Lord collector will want, it is Narliphant. Not for the delightful lilac and purple hues, but because of his (her? its?) starring role in the movie 'Gobots: Battle of the Rock Lords' where it played the part of Scooter's love interest. It is Narli-phant that must hoist all of Narlie culture onto his/her/its shoulders and fly the flag for Narli-kind!

Rock Lords come in all shapes and sizes, but the ones that garner the most excitement are the ones that are weird. And let's be honest - they turn into rocks, they're all weird! Jawbone and his fellow Fossil Lords are weirder than most though - they are the Rock Lords combiner team! Not a lot of people know that there was a Rock Lords combiner - it was released late in the run, and only in Japan and parts of Europe in limited quantities. While the set was released in Europe as 'Fossilsaurus' it was released in Japan as 'Majin Robo Gattai Saurus' which roughly translates as 'Devil Robot Combining Dinosaur'. Which is hilarious.
Read more »
Posted by Matt at 10:15 4 comments: 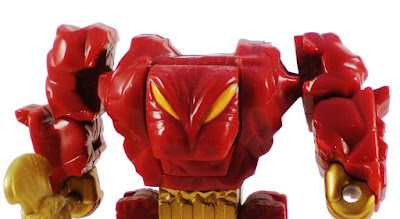 Brimstone has one of the most unique designs of all Rock Lords (apart from those circular Shock Rocks). Not for Brimstone the indignity of a head upon his shoulders, instead he is like a childish doodle - a face with arms and legs. But what a face with arms! 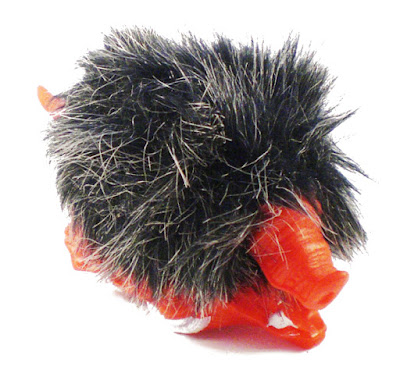 Sit down kids, we're talking about Narlies! Narlies are... uh... Narlies! You see, on the planet of the Rock Lords, everything is made out of Rock. Also there are furry Narlies which clearly aren't rocks in any shape or form. They look like animals and have fur and no rocky parts whatsoever. 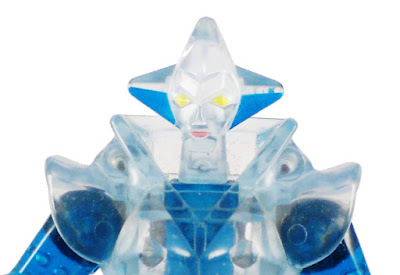 Out of all the Rock Lords (excluding rare foreign variants), Solitaire is easily the most desirable. This is for several reasons: she's one of the main characters in the Rock Lord movie, she's a female character, she was released in the harder-to-find Jewel Lords series, and... well, just look at her! 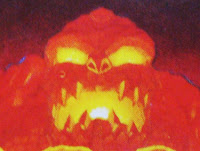 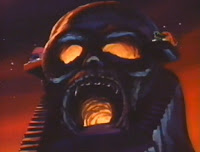 Stonehead was a big part of the Rock Lords theme. This fortress featured heavily in the movie, packaging artwork and minicomic that came with the toys. It never received any sort of toy however. In the eighties, it seemed that every toyline got a big playset, and at the design stage, Rock Lords was no exception. It seems that the heavy focus on Stonehead was indeed meant to increase interest in the Stonehead playset; only it was never released.

Magmar is the Megatron to Boulder's Optimus Prime, the leader of the evil Rock Lords. There were no faction names in Rock Lords, simply the purity of 'good' and 'evil' being enough to show the bold clash of ethos between the two sides. Magmar also has a bitchin' green mohawk. 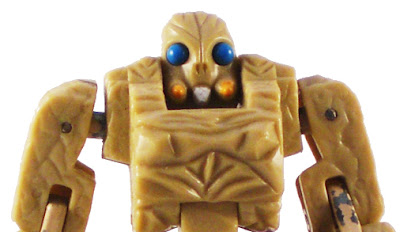 Pulver-Eyes is a horrible monster.

I mean yes, he looks like a horrible monster, but in the cartoon he is constantly eating rocks, which is tantamount to cannibalism. He looks like a monster and so he is a monster. 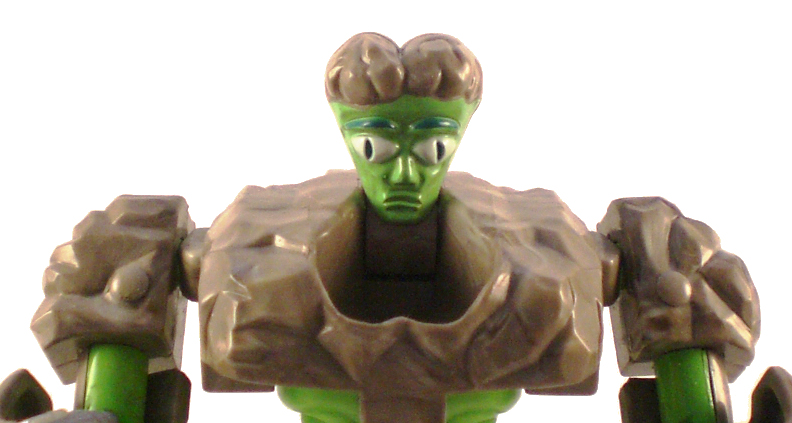 I know Marbles has his fans. He's one of the Rock Lords that people seem to remember, perhaps due to how striking he looks. Striking in that he's got a head that looks incredibly rude.
Read more »
Posted by Matt at 10:16 No comments: 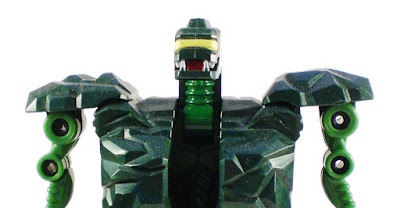 Tombstone is one of those figures that restores your faith in Rock Lords, if indeed you were fool enough to lose faith in the first place. Pretty much everything about him seems to work, he's got a solid concept and his rock mode doesn't look like he's covering his head with his arms and legs. Does he have faults? Well, yes, but they're more than mitigated.

If Boulder is the least Rock Lord-like Rock Lord, then Granite is the quintessential Rock Lord. Everything about him screams “I am a Lord of Rock.” He’s craggy and bulky with a big rocky head. There’s a few splashes of colour on his face and blue die-cast thighs, but aside from that he’s a massive hunk of rock. Rockety-rocky rock.
Read more »
Posted by Matt at 01:53 1 comment: 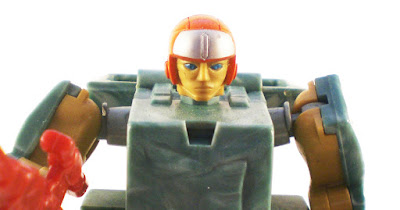 This is odd, as he’s one of the least Rock Lord-looking Rock Lords made in terms of design.
Read more »
Posted by Matt at 13:47 8 comments:

Welcome to the Rock Lords blog!

I don't know. Maybe I fell down one day and hit my head really hard? Maybe I was cursed by an evil wizard? Maybe I just like Rock Lords?

This blog is all about Rock Lords, those irrepressible Lords of Rock who leapt onto our screens in 1986 in the blockbuster movie 'Gobots: Battle of the Rock Lords'. Back in the 80s, it seemed that everyone had decided Rock Lords were going to be the next big thing. There were lots of copycat 'character turns into rock' toys, from the He-Man Rock Warriors to those Bandai Egg Monster things. And then they just went away!

As a child I only had one Rock Lord (the purple monster Spike Stone) but thought he was awesome! The mini-comic he came was exciting, and of course there was the movie! I always wanted more, but as the shops selfishly didn't sell them, it wasn't possible to amass a collection so I went and got all of the Supernaturals instead.

Over the years I forgot about my thwarted desire until watching Steven Universe. For those not in the loop, this is a modern TV show about characters with gem-themed names... and then it turns out that they are literally rocks from space who turn into people! My Rock Lord flame was lit anew and I decided to collect them.

This blog will mainly feature photo galleries of my collection, as well as various Rock Lord facts and other vaguely related items. Please contact me if there is anything you want me to feature, or have any ideas or things to add! I'd love to hear from you!